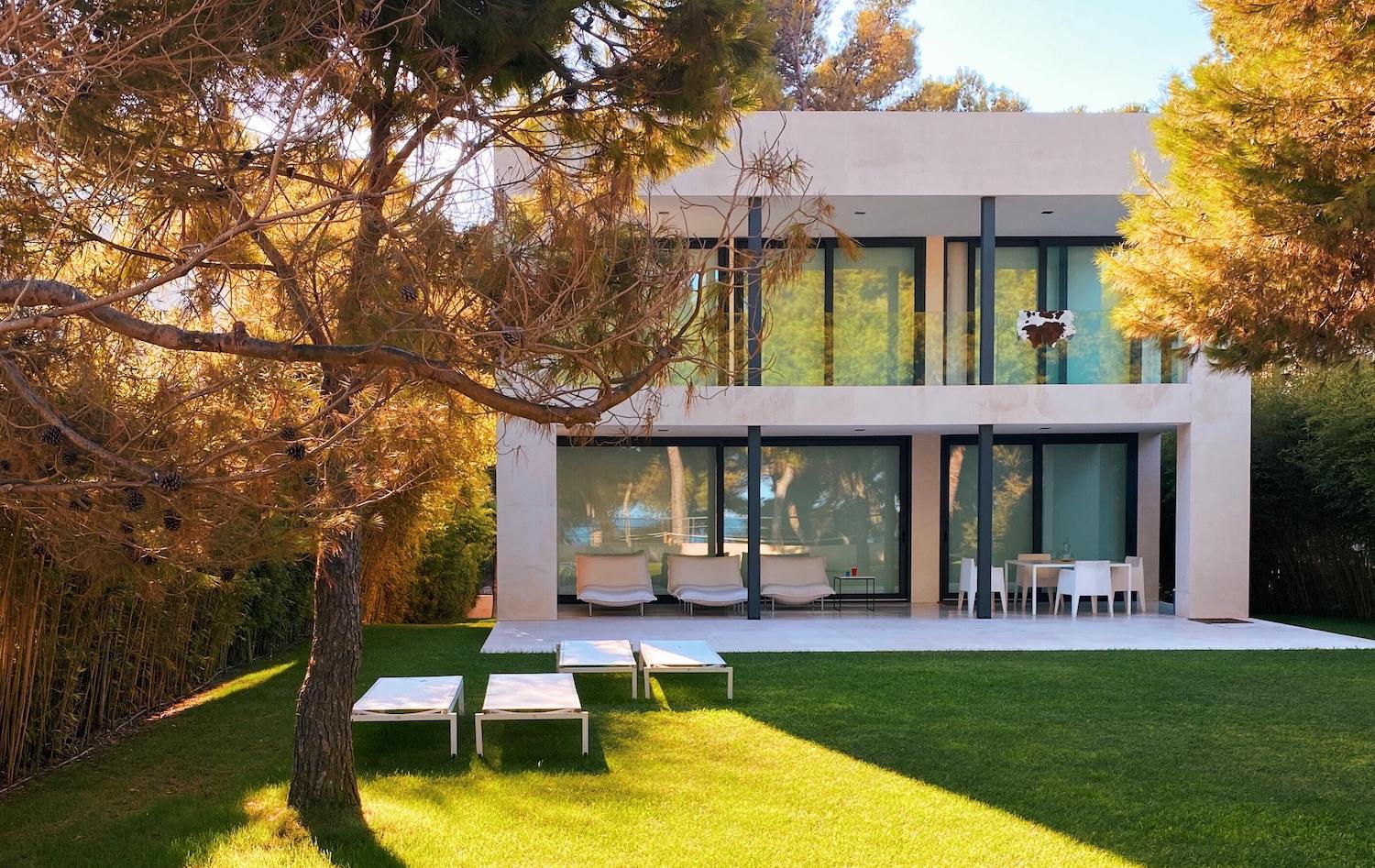 "The survey below highlights the positive sentiment surrounding property despite the uncertainty of lockdowns." - Jesse Lee, Digital Product Manager

Investors remain overwhelmingly positive about the property market and their prospects for price growth, a new survey shows, while affordability has emerged as a bigger concern than the impacts of the pandemic.

Properlytics takes property investment to a whole new level of ease and precision!

The latest instalment of Australian Property Investor Magazine’s quarterly Investor Sentiment Survey showed 68 per cent of respondents felt positive about the current state of the property market, with three in four saying they expected to see price growth in the next 12 months. 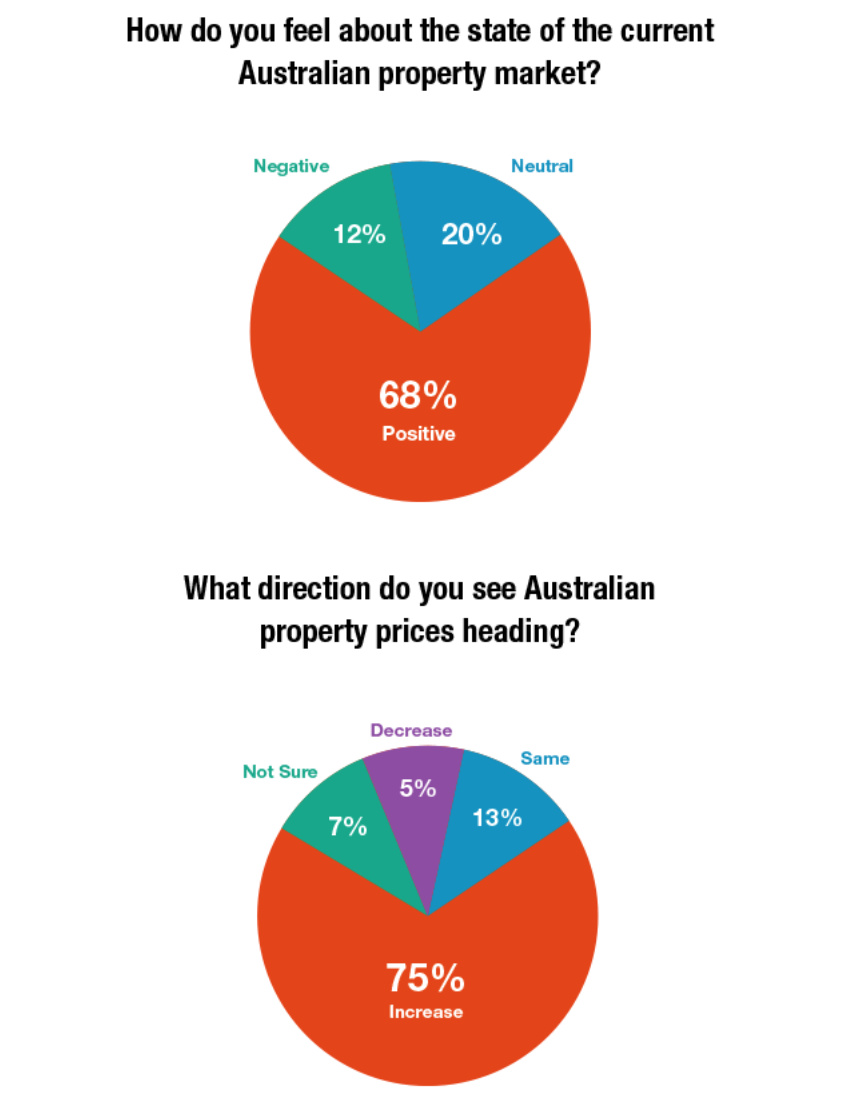 Australia’s rapid house price surge over the past 12 months appears to be a rising concern for investors, however, with 52 per cent still keen to enter the market and 46 per cent hesitant.

Affordability was the top concern for those surveyed, with 13 per cent of respondents saying it was the most significant issue for investors in today’s market.

Growth potential was the second biggest concern, followed by a tenant’s ability to pay rent due to COVID-related lockdowns. 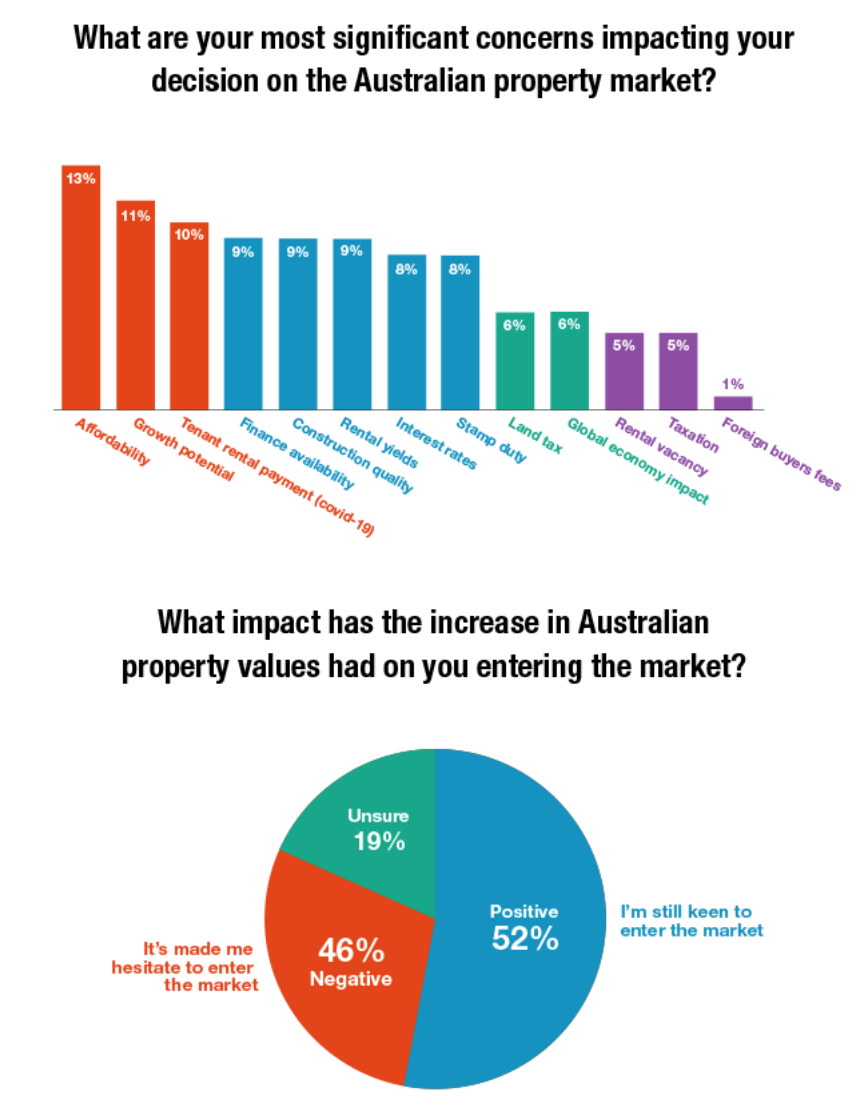 Around a third of those surveyed said they were planning to buy within the next year, while Queensland was the top investment destination, with 36 per cent saying their property activities would take place in the Sunshine State.

Investors also indicated a preference to tap into strong capital growth potential in NSW despite high entry prices and dwindling yields, with 28 per cent saying Australia’s most populous state was where they were planning to buy, sell or rent out a property.

“Our latest survey neatly illustrates the resilience of property investors across the country, even as many are facing the economic uncertainty of an extended lockdown due to the ever-evolving pandemic,” Australian Property Investor Magazine editor Dan Wilkie said.

“While the percentage of investors intending to buy in the next 12 months has fallen from this time last year, the proportion of those feeling positive about the market has almost doubled over that same period.

“It will be interesting to see how the situation develops in coming months, and whether lockdowns in Sydney and Brisbane have any material impact on investor sentiment.”

The survey also showed 46 per cent of respondents had refinanced their home loans due to low interest rates on offer, in line with housing finance data released by the Australian Bureau of Statistics this week, which showed a record $16 billion in refinancing commitments in June.

Concern over a potential rate hike has doubled over the past 12 months, however, as Australia’s banks big and small have rolled back the record-low fixed rate loans they previously offered.

“Low interest rates and the availability of credit have been among the biggest drivers of Australia’s current housing boom,” Mr Wilkie said.

“With many Australian banks now increasing their three and four-year fixed rates, it is becoming apparent that investors are keenly watching the loan market and considering their options to get the best deal possible.

“The Reserve Bank says it doesn’t expect economic conditions will warrant an increase in the official cash rate until 2024, but economists and experts around the country aren’t convinced, with 2023 firming as a more likely possibility.”

Now in its fourth edition, the API Investor Sentiment Survey tracks and illustrates the changes in sentiment, intention and confidence of more than 400 investors, owner occupiers and property industry professionals.

Launched in the second quarter of 2020, the API survey provides deep insight into how rapidly investor sentiment was shaped by the COVID-19 pandemic and its associated potential impacts on the property market.

In addition to overall market sentiment and price growth expectations, those surveyed are asked to provide their thoughts on where in Australia is best to buy and share their biggest concerns when considering buying property.

More than 84 per cent of respondents work in the property industry, with 43 per cent being seasoned investors who own two or more properties.

Around two thirds of respondents were located in NSW, 27 per cent in Victoria and 20 per cent in Queensland.

Property calculations and projections tool for everyone.