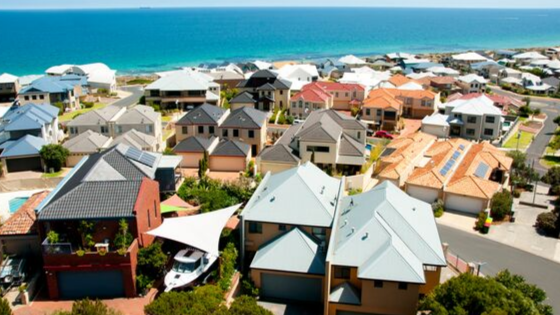 Chinese buyers in Australia: Here for holidays and here to buy property

Chinese buyers have Australian property set firmly in their sights again, with a new survey revealing nearly a third of Chinese tourists plan to shop for property while they’re on holiday.

Property portal Juwai’s new survey of Chinese consumers found that 27 per cent of mainland Chinese tourists planned to look at properties over the next year as part of their travels, and that Australia was their No.1 destination to go shopping.

In Juwai’s list of top Australian destinations by inquiry, Brisbane came in third and the Gold Coast fourth, after Melbourne and Sydney.

“On the Gold Coast in particular, in both of the past two quarters, Chinese buyer inquiries have gone up double digits,” he said.

“It’s got relatively inexpensive prices for what you get, and there so much infrastructure and investment going in,” Mr Platter said, noting that the new public transport connections held particular appeal. “And it’s easy to get to from China.”

While the numbers of buyers coming from China had been falling since 2016, internal research showed that it had recently flattened out and was showing signs of increasing again.

Mr Platter added that for Queensland especially, demand was quite seasonal, with a lot of buyers shopping for properties while they were on holiday.

“They’re really looking, and they might come back to purchase,” he said. “But we hear all the time about buyers who show up and buy.”

“A lot of the agents will rent out a van and drive families around, and introduce them to the local highlights.”

New builds were particularly appealing to Chinese buyers, he added, and many had already made good money from their investments in newly-built properties at home.

He said that as far as they could see, concerns about the build quality of off-the-plan purchases didn’t seem to be a big deterrent.

“It just reinforces the importance of buying from a good developer,” Mr Platter said.

Buyers preferred firms who had longer track record of development, and Mr Platter added that some of the biggest developers in Australia came from China, and so were already known to them.

He cited Australia’s quality of life, development and commercial ties with Asia as reasons it was a popular destination, as well as the power of education.

“Australia attracts a very large number of Chinese students,” he said. “Buying for a student who is going to be studying here is one of the most cited motivations among our buyers.”

Agent Val Parkin of Alex Phillis Real Estate in Paradise Point said he was getting quite a lot of inquiries from foreign buyers on his FIRB-approved apartment listings.

“I would say 50 per cent,” he said. “It has picked up for sure. We actually sold five already in the past month.”

He said the FIRB approval was big factor for foreign buyers and those properties currently offered a 10 per cent return, which made them appealing to investors.

“We advertise a lot on social media – through those channels,” he said.