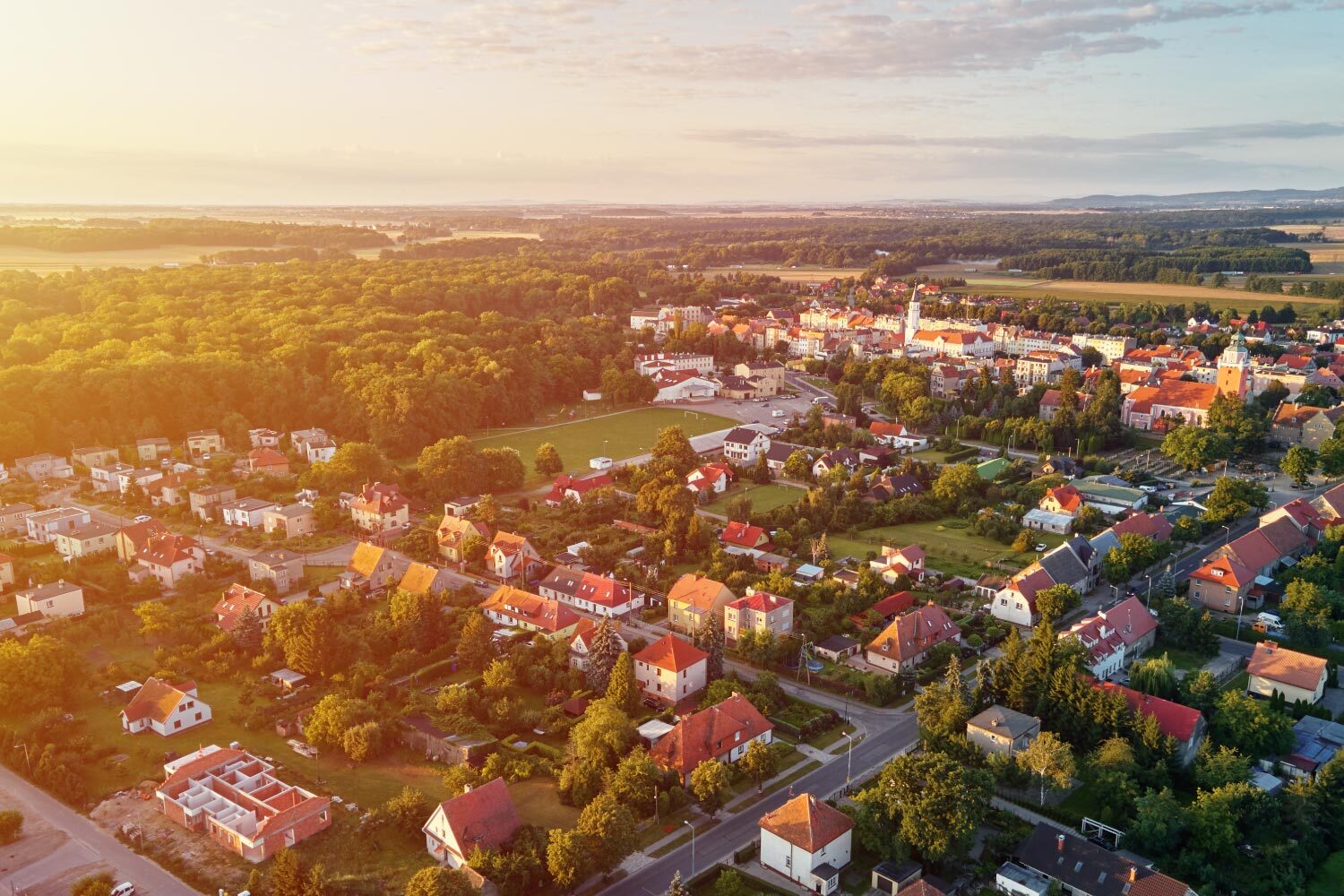 The last time property prices accelerated at the pace they are moving now Allan Border was captain of the Australian cricket team, the Berlin Wall was being torn down and Bob Hawke was crying on our national television screens in response to the Tiananmen Square massacre in China.

Fast forward to today and home values have surged at an annual pace of 22.4 per cent, with the CoreLogic data showing the fast yearly growth since June 1989.

The average house price in Sydney in 1989 was $170,850. Today, according to CoreLogic data, Sydney's median house price (excluding units) is just under $1.39 million.

A sustained period of low interest rates is seen as the primary source of fuel for this explosion but as we move through 2022 a range of variables are set to shape the property market.

Sluggish wage growth may prompt the Reserve Bank of Australia (RBA) to cement these historically low interest rates in place, even if the banks go it alone with their own hikes.

Wage price data from the Australian Bureau of Statistics released on 23 February showed a 0.7 per cent increase across all industries through the final three months of 2021.

In real terms, Australians are losing money. Annual wage growth of 2.3 per cent is the highest since mid-2019 but well short of inflation over the same period, which hit 3.5 per cent.

But an array of factors are pushing and pulling property prices.

Property buyers need work and Australia’s jobless rate hovered at 13-year lows last month even if hours actually worked continued to decline. Migration has yet to fill the void in labour shortages but borders are open and this may change quickly.

The construction industry is struggling to find either workers or building materials.

Affordability pressures continue to mount as property prices surge and may lead to a correction. According to the Grattan Institute, the length of time for an average Australian to save a 20 per cent deposit has risen from just seven years in the early 1990s to around 12 now.

Australian Property Investor Magazine spoke to prominent and diverse commentators from within the property sector to get their views on what they felt were the three biggest factors likely to affect the property market over the next 12 months.

1. Supply – Overall supply will marginally improve as buildings are completed as a result of state and federal stimulus, which should aid rental affordability by freeing up supply.

3. Cost of living – The cost of living pressures and looming interest rate rises will slow markets where affordability is most constrained.

Sydney will be most notably impacted by rate rises, with an average of 44 per cent of incomes servicing mortgages.

Any damage to property markets in this environment will be moderated by record high bank balances, prudential regulation settings and population growth pressures adding to demand.

1. Interest rates – We are seeing hesitation in the market place, with the fear of rising interest rates. We see the need for interest rate rises but the fear about how far they may rise is a clear concern for the market.

2. Supply costs – With the numbers of new homes constructed in Australia rising, we are seeing a huge increase in the demand for land, materials and labour.

Our business is investing up to 40 per cent more time in procurement and time management to build the same homes as 24 months ago. Like a lot of builders, we have benefited from the recent boom, however, there are major issues with the supply of land and materials, which has added tens of thousands of dollars to the cost of new homes, all of which is an afterthought of the Federal Government’s HomeBuilder grant.

3. Constructions costs – Supply costs of materials and labour have increased significantly across our business. The most affected products are timber, steel and insulation materials, some of which have seen a 70 per cent increase on the same time last year.

We have strong supplier agreements that have helped us manage this to a certain extent, however, we have had to work significantly harder to maintain an affordable material supply and thus manage our commitments to our existing and future clients.

1. Nervous sentiment – I do feel that the first few months of the year will be a blend of last year’s FOMO (fear of missing out) and some buyer and vendor nerves.

It only feels like yesterday in many of our capital and regional cities that multiple bids and offers were commonplace, and capital growth movement was palpable from weekend to weekend. Now we find ourselves experiencing a mix of emotions in some of the larger cities, with the nerves resulting from a combination of interest rate increase chatter and a pending federal election. I do feel that the nerves will settle down as we get through May and push into a winter with less stock on market than in spring and autumn. Like most elections, buyers often opt to do nothing when there's the chance of new policies or legislative change.

2. International border reopening – Despite the fact that universities will need to get back on their feet, we have an abundance of work available for new arrivals now and our skilled migrants will seize the opportunity to come to a country that held up comparatively well (health-wise and economy-wise) during the pandemic. All of these people will put added demand pressure on our housing market. Combined with builder and materials shortages, established homes will likely experience an increase in demand and, unless supply suddenly increases, it’s reasonable to anticipate that dwelling prices will experience an uplift in the areas targeted by migrants.

Many regional cities are well set up for new arrivals and a quick scan of our government listed postcodes welcoming new arrivals with the appropriate visas illustrates this.

3. Work arrangements - Many large corporates and small businesses won’t entertain permanent work from home arrangements and, more so, those workers aspiring to climb the corporate ladder won’t wish to be left out of the spotlight while their co-workers are lunching with the boss.

I anticipate we’ll see a combination of static price movement in some of our regional areas 90 minutes or more from major centres, and in particular, an uptake of smaller “city pads” while people’s perception of capital city apartments is that they are relatively undervalued compared to previous years. Looking at the disparity between unit and house median values highlights this fact. Currently the ratio is at its most extreme level since we’ve been collating unit and house price data.

1. Interest rates - By a country mile the most important. We’ve seen markets in Melbourne and Sydney experience 30 per cent growth on the back of a pandemic, low economic activity and net population loss (i.e. Melbourne). This was in my view entirely artificially manufactured by cheap money, which has not only reduced repayments at equal debt levels but also boosted borrowing capacities.

As interest rates rise, not only will repayments increase but, more importantly, borrowing capacities will be reduced. This means that even if people were willing to pay the same in 12 months for a given property, they will simply not be able to. Interest rates will have a big impact on the property market and the availability of money across the economy generally.

2. Migration - The return of migrants will inevitably increase demand for some dwellings, which will affect their capital growth but also rental return prospects over the next 12 months. This should somewhat prop up the apartment market (i.e. international students) and limit the fall in Melbourne and Sydney, which are the favoured destinations for skilled migrants.

With open borders we are also going to see people coming home who have been effectively stuck overseas for a while and this will also provide buoyancy.

3. Infrastructure - I see two big ticket items that could have a geographically targeted impact.

Firstly, the Olympics in Brisbane and related infrastructure boom.

Secondly, if Labor is elected and they proceed with their fast train plan, it will have a major impact. If Newcastle was confirmed to become a 30-minute commute to Sydney within the next 10 years that would be massive in my view. As they detail the next stages of that development, the property values should follow.

Francis, C. (2022, February 23). What are the three factors that will shape the Australian property market? Australian Property Investor Magazine. https://www.apimagazine.com.au/news/article/what-are-the-three-factors-that-will-shape-the-australian-property-market