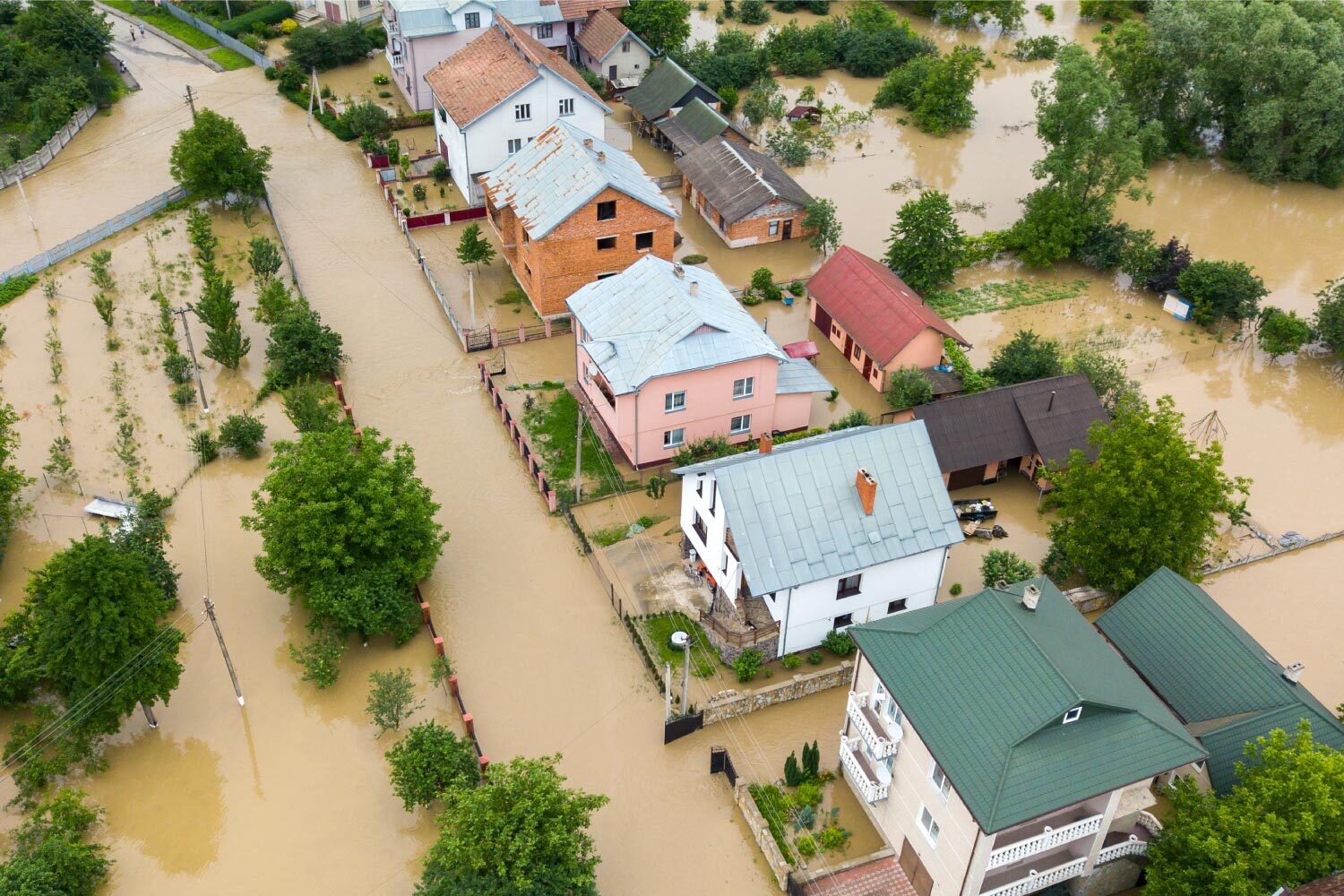 10 Ways To Protect Your Home From Storms And Floods

"If you think the catastrophic 2022 floods is a freak occurrence that won't happen again, you'll be sorely mistaken." - Miguel Nitorreda, Data Analyst

With homes on the eastern seaboard being slammed by rain, storms and floods, experts say it’s time to rethink how we’re building our houses, as well as where we’re building them.

As properties are torn off their foundations by overflowing rivers, roofs are ripped off in howling winds, buildings collapse after being inundated by floods and households battle against leaks and storm damage, some of Australia’s leading architects say it’s time for a complete rethink.

“It’s all about climate change, and so we have to try to work out how to make our homes more resilient now rather than later,” Shaun Carter, of Carter Williamson Architects, says.

Houses need to be designed to be water tight, as many people are now suffering from water ingress into their homes from leaks or from features that can’t cope with the level of rain.

“That means roof planes and eaves that pick the water up and collect it outside and let it out away from the building,” Mr Carter says. “And councils need to raise their peak maximum flood lines above that which was previously considered a one-in-100-year rain event.”

Homes should have fewer openings to the south, where much of the harsh weather comes from, and have overhangs over the doors and windows to protect them, Michael Heenan, of Allen Jack + Cottier, advises.

“There should also be vents in the foundations to allow water to flow through, instead of pushing them out, and it’s good to create a lower part of a garden where water can pool and so release more slowly to the higher zones,” he says. “It’s also an idea to install pumps which can come on automatically and also to have a generator on a higher level, so you’ll always have power.”

Bring back the Queenslander

It’s now time that the Queenslander housing model – a light home elevated on stilts with wide verandas – was reintroduced to regions that have never favoured them, Peter McGregor, of McGregor Westlake Architecture, suggests.

“They were designed originally for cooling because of the breezes that can pass under them, so they’re quite appropriate for a world that’s getting hotter and with these more frequent dramatic weather events,” he says.

Michael Rayner of Blight Rayner Architecture has even designed a new form of the Queenslander model with three levels on a smaller footprint, so it displaces less water during flooding, with a roof of insulated steel and external walls of insulated compressed fibro-cement sheeting and a ground floor of concrete blocks.

If your home is light enough, then jacking up its height can be an excellent option, and it’s one that has been employed with great effect around Brisbane following the devastating 2016 floods, Mr Rayner says.

“It also has the advantage of creating another living space as the height under the house should now be higher than head height,” he says. “That, of course, may flood but if you keep it open, so water can flood out again, it means the rest of the time you have more space.”

Forget bringing the outdoors in

We’ve all loved seamless indoor-outdoor living, with doors opening flush to the outside entertaining areas, but that may have to be reconsidered, Mr Carter says.

“It’s a challenging question: how to create a threshold with the living areas, so the water from the outside doesn’t spill into the home. It means the inside needs to be elevated over the outside, while another solution might be something like having a window seat that provides a barrier to any water coming in, to have a damming effect.”

If water comes from an overland flow, moving down from a river or dam towards homes, householders need to design permanent trenches outside their homes to redirect any water that might arrive, William Smart, of Smart Design Studio, says.

But if it comes from a rising water level in the basin below, then they need to work out ways of absorbing that water.

“So they need to put in more garden and soft landscaping and integrating that into, and around, homes. If people don’t want to replace concrete and asphalt, then it’s important instead to put gaps between and underneath where the water can drain through.”

Thirty per cent of our cities are roads and hard surfaces that collect water and push it into stormwater drains that, when rain is so fierce and rivers rise, simply can’t cope with the load, and spew it back out, Mr Smart says. Instead, we need to have a lot more greenery to absorb the water – more trees planted, wider and deeper green verges and grassy paths along roads.

Make sure there are no cavities behind walls that can harbour dirty floodwater and mould, and that electric circuit boxes are clearly marked to isolate power to different parts of the house, recommends James Davidson of JDA Co, which specialises in writing climate-resilient design guidelines.

“Power points should be as high on walls as is practical and gas services should be properly tied to the building so gas lines don’t break,” he says. “Also, door sills should be recessed into the floor so mud can easily be washed out and doesn’t get trapped, and any cabinetry fitted should be strong enough to withstand relatively long periods in water.”

And if all else fails…

If there’s little else you can do to avoid flooding in the future, then consider recoating your walls and floors in impervious materials that will resist the moisture and water.

Mr Rayner, for instance, has a very solid, contemporary home which has flooded now as well as in 2016. “So I’ve simply made all my surfaces from impervious products,” he says. “I have concrete and tile floors, tiled walls and one wall coated with hardwood timber that can resist water.

“It means that, even though I will be flooded, it’s a very quick effort to evacuate the sludge.”